Every rumor is now done for OnePlus 8. After releasing several teasers before, with some from OnePlus CEO Pete Lau, the wait has finally finished. Finally, as the company has earlier that they will be launching their flagship on 14 April. They finally have done it. From its first glance, the phone comes with a curved black glass and an IP rating this time, which is a bonus for us.

OnePlus 8 and OnePlus 8 pro were launched today via companies’ official YouTube channel and live stream on their website.

The event started with revealing some of the bold and solid marks on the board. This time the phone comes with a 120hz fluid amoled display. As expected with a flagship, the phone also carries “All in 5g” out of the box. The device is powered by the latest Snapdragon 865 soc, which is capable of High-end gaming with high video editing for an android.

The device is available in four color variants — the Ultra Marine Blue, the Onyx Black, and the last Glacial Green colour. Last time we had a special Mclaren edition, so this time company decided to have a special Interstellar Glow exclusive for OnePlus 8.

The first sale of the 8 series will be on 29 April for the United States. However, there are no details of its official sale date for India as of now.

Along with that, the company also launched Bullets Wireless Z headphones for $49.95 and also showcased several phone cases for its latest smartphones.

OnePlus8 series is a massive step as compared to OnePlus 7 series. The OnePlus 8 supports a 6.55-inch full-HD+ Super AMOLED display, while the OnePlus 8 Pro comes with a 6.78-inch QHD+ Super Fluid AMOLED. With the same Snapdragon 865 SoC processor on both the smartphones, the OnePlus 8 series comes with 12GB of RAM and 256GB of internal storage as well.

For the cameras department, the OnePlus 8 Pro has a quad-camera setup with two 48 MP sensors, one of them for ultra-wide shots an 8MP secondary sensor, along with a 5MP sensor as well. On the front, the device houses a 16MP selfie camera with AI features a plethora of other modes. OnePlus 8 houses a triple-camera setup with one 48MP primary sensor, a 16MP secondary sensor bundled with a 2MP sensor. The selfie camera specifications remain the same for both models.

For the batteries, OP 8 has a 4300 mah battery, and 8 pro comes with a 4510 mah. Both of them support wireless charging, coming out of the box with a 30 Watt wrap charge charger. They do have wireless charging support up to 30w, which is capable of charging the phone to up to 50% in 30 minutes. 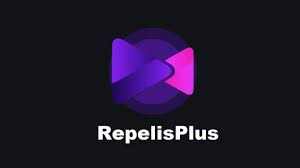